The Schloss Schonbrunn, the imperial castle of the royal family of Austria, the Habsburgs, was built in 1642 to be used as a hunting lodge. Over the years it became the imperial palace, the true center of power of the Austro-Hungarian Empire, which, like the kingdom of France, radiated over Europe from the Renaissance to the beginning of the 20th century.
The Habsburgs have given a large number of Emperors like Leopold, Joseph, Maximilian ... And also characters who have marked the story as Elisabeth de Wittelsback better known as Sissi the Empress murdered in 1898 in Geneva. Whereas François Ferdinand, victim of an attack in 1914, which was the triggering event of the First World War.
During this war, François Joseph died in 1916, his successor Charles 1 abdicated on November 12, 1918 in the Chinese blue salon at the Schonbrunn Palace. This event marked the end of the war in Austria and the end of the Habsburgs in power.
The Schloss Schonbrunn Estate is composed of the palace, a park with the magnificent Neptune fountain, and on top of a hill the Gloriette, a building to the glory of Austria.
In addition you will find a zoo, a small train, a palm grove.

When you arrive at the gate of the castle, you realize immediately that you will visit an exceptional place. We first visited the interiors of the palace. The positive point is that the Schonbrunn has preserved a beautiful collection of furniture.The rooms which have most marked us are the Salon des Glaces, Joseph's room where the Emperor's bed is still lying, and the Salon Bleu Chinois where the end of the world premiere ended in Austria.Also we liked the audio guide provided for the tour as the explanations were clear and efficient.Then we visited the park very bloomed in spring with a magnificent view of the Gloriette which dominates the palace.We also liked the fountain of Neptune.Visiting Vienna without visiting this high place of history would be a mistake.In conclusion, we were fascinated. 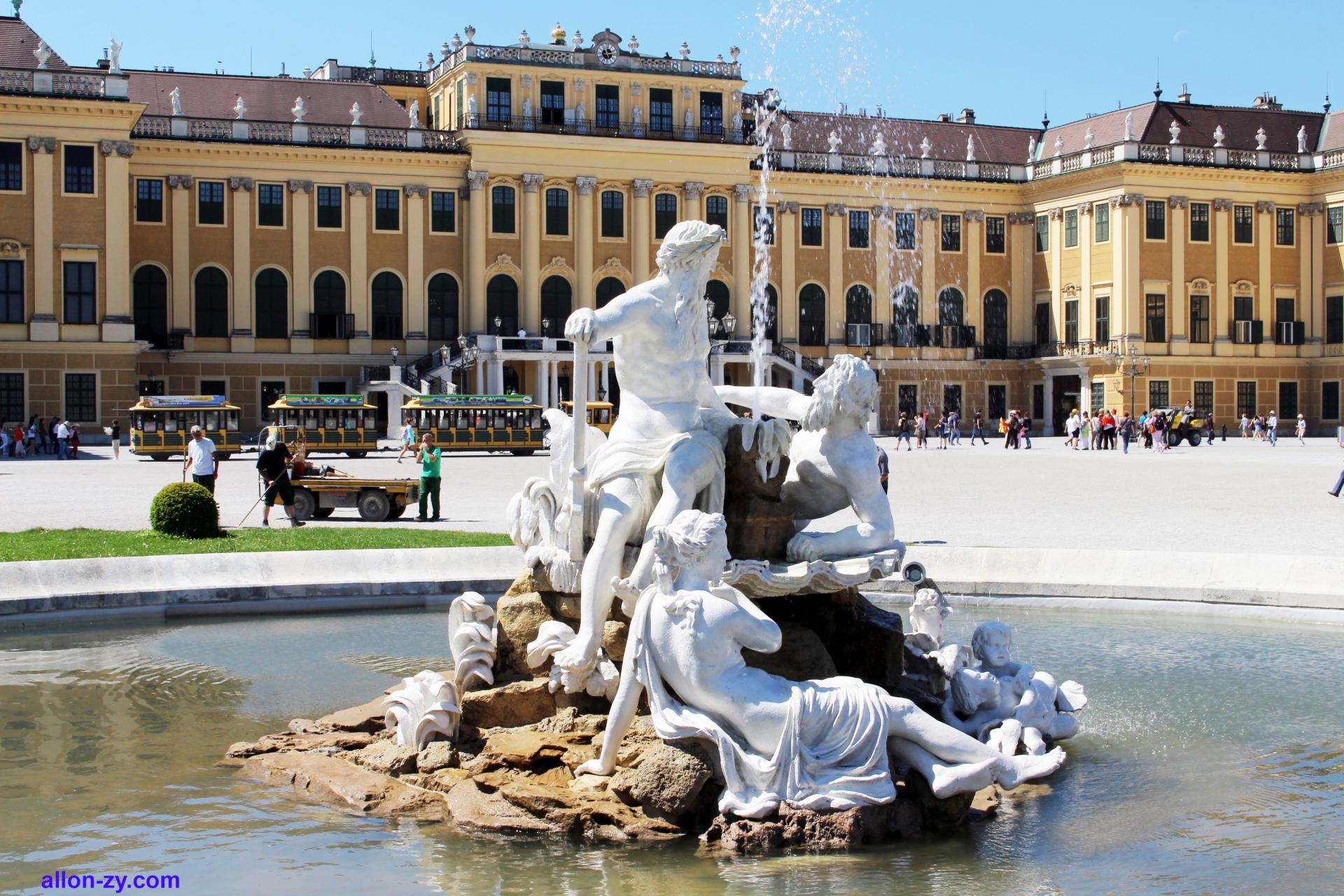 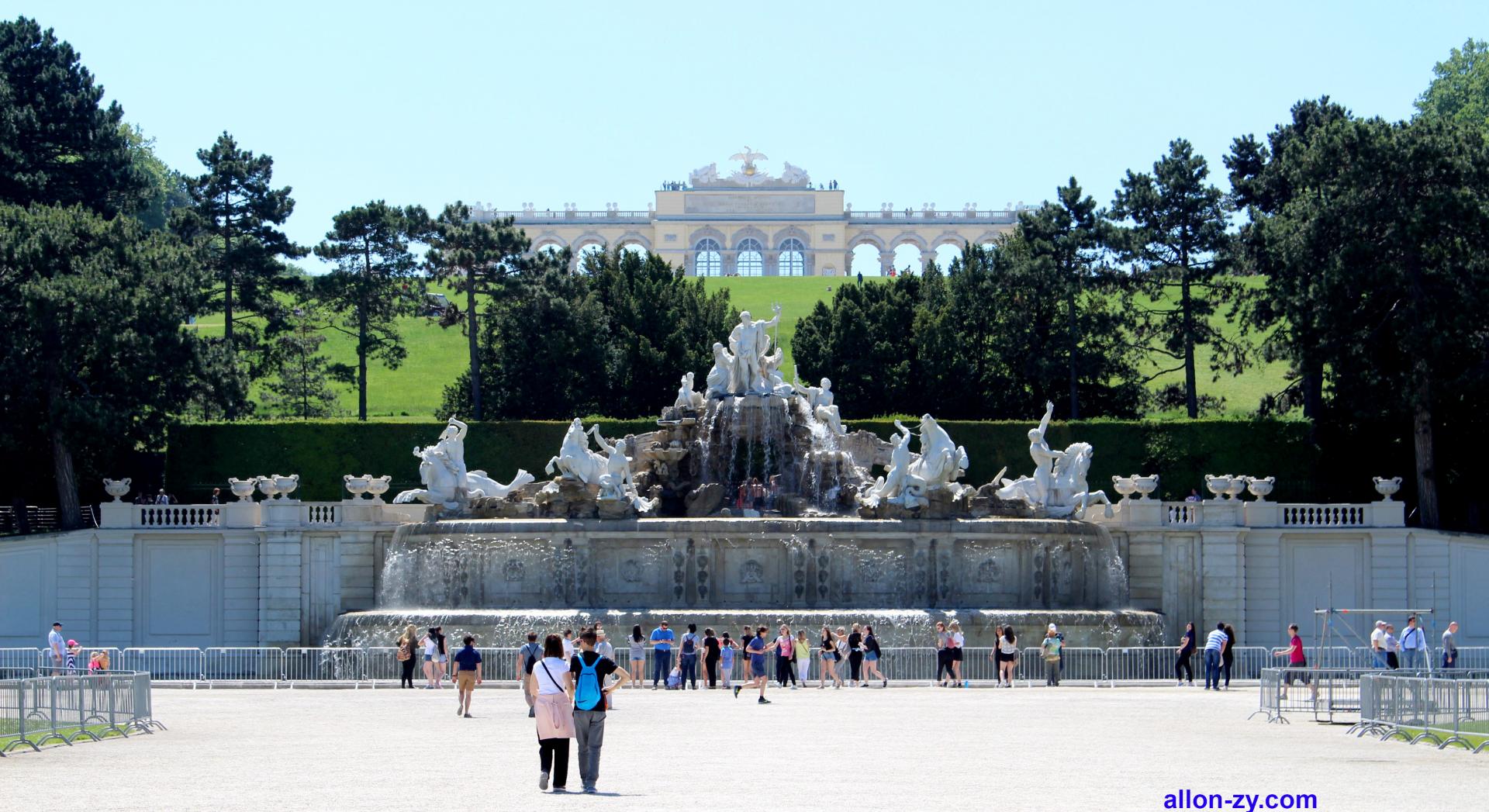 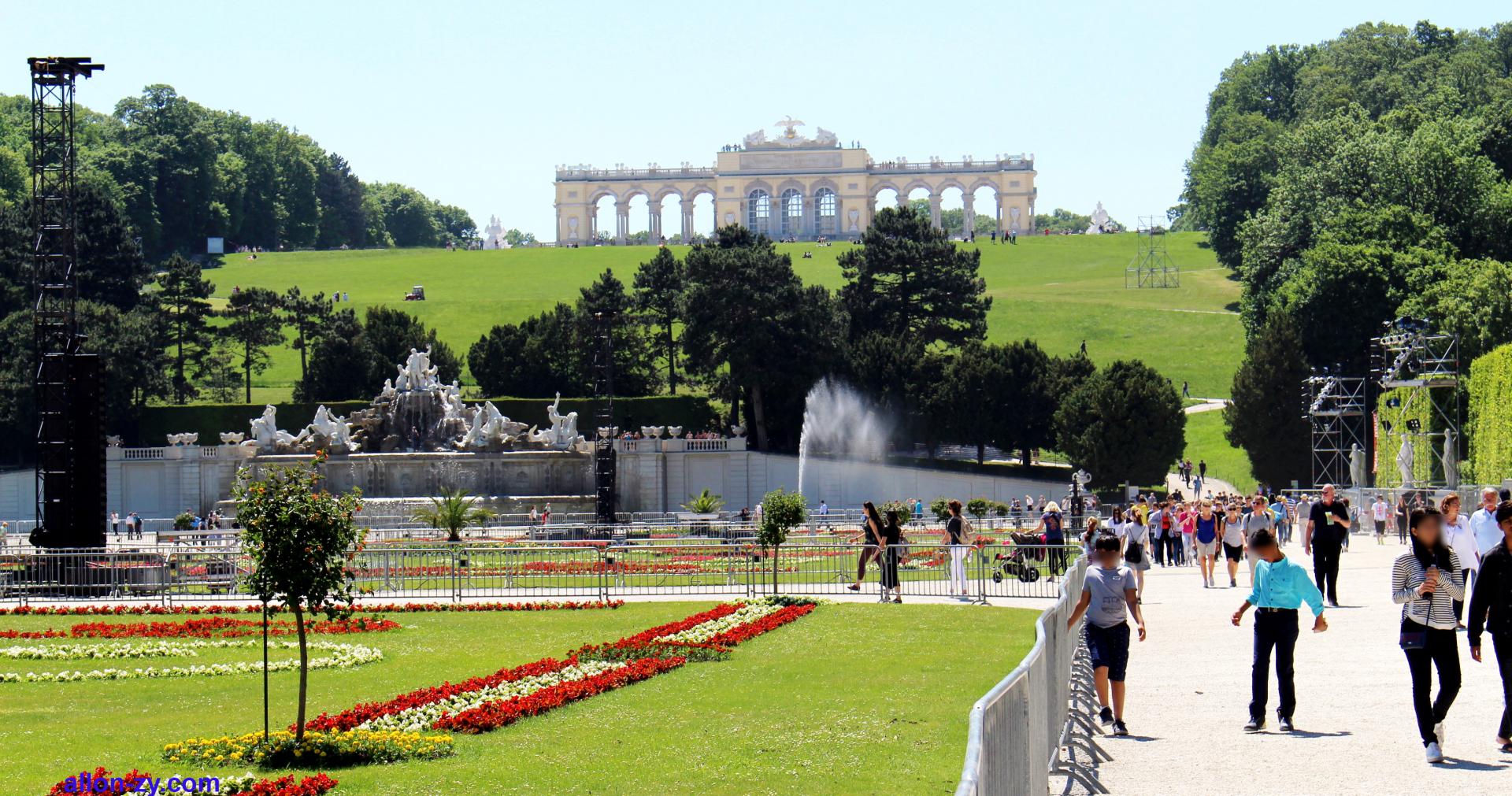 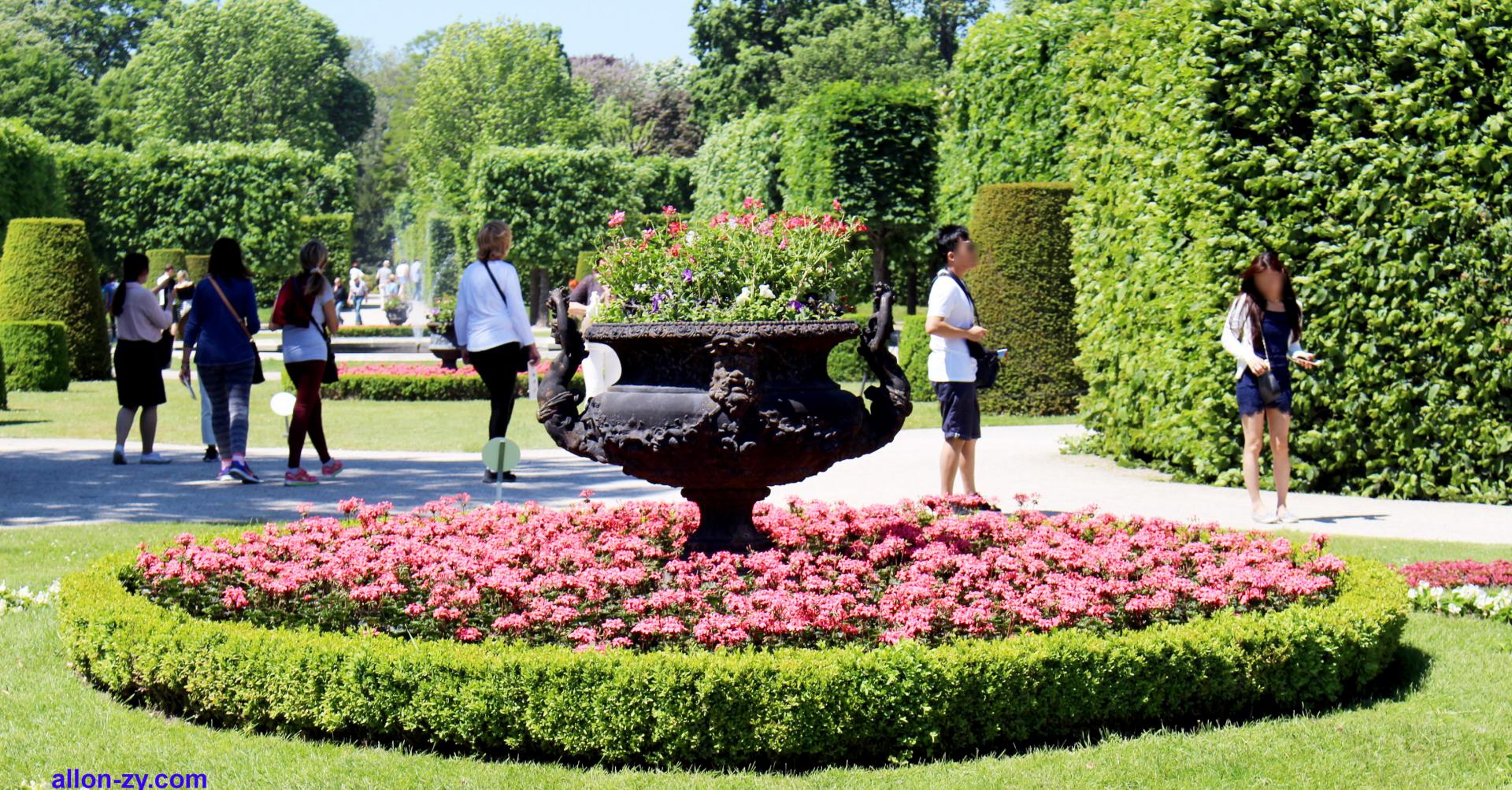 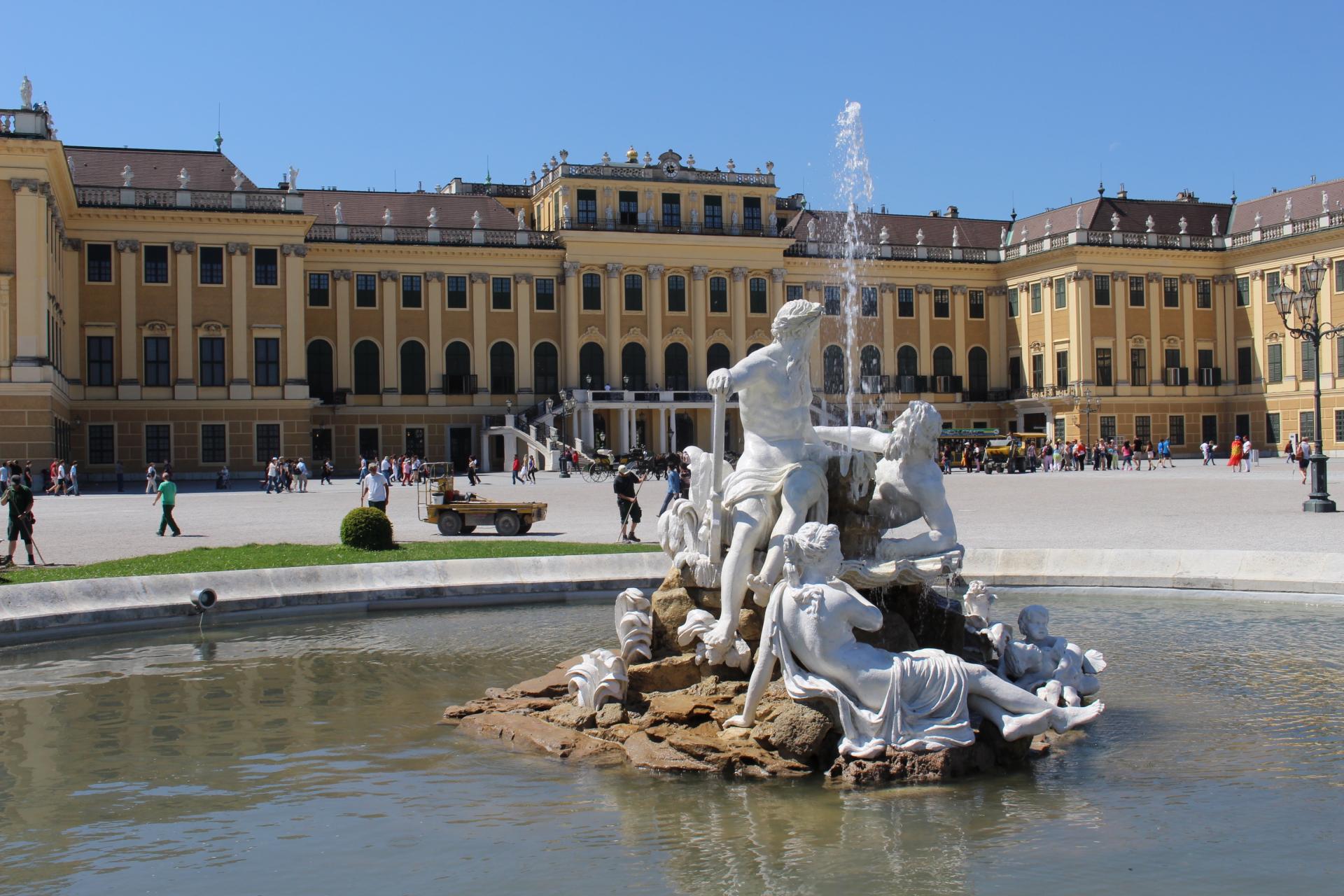 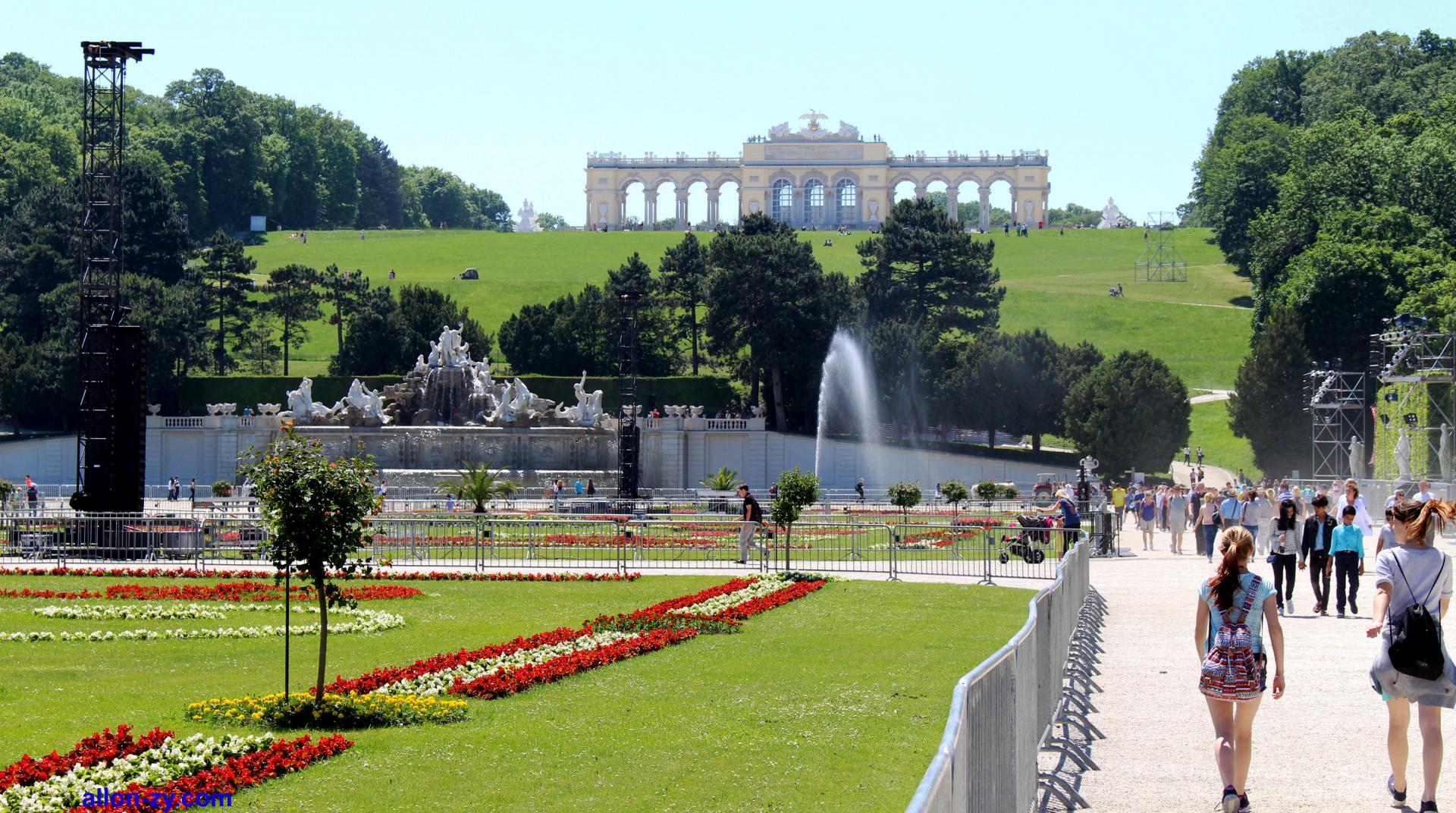 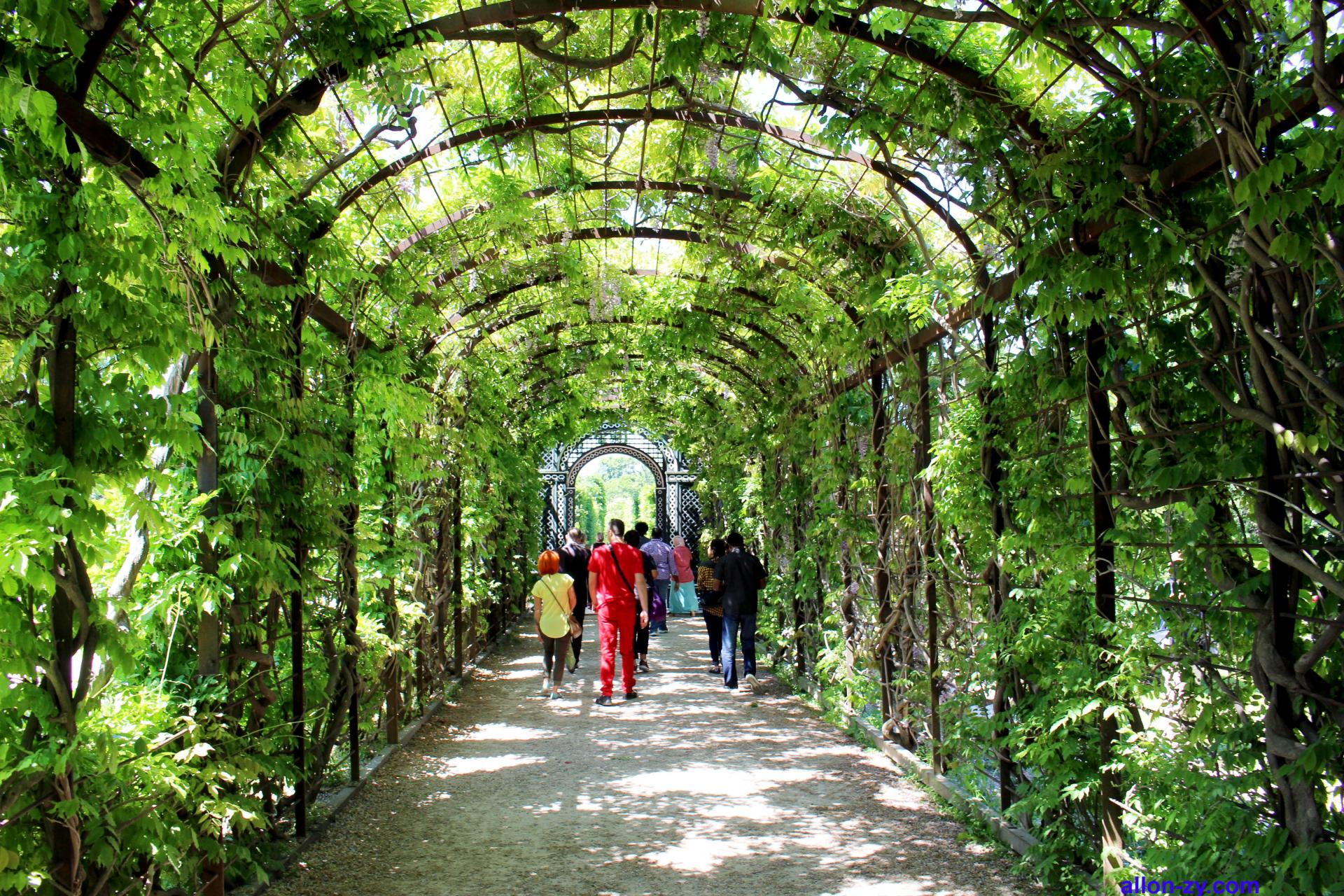 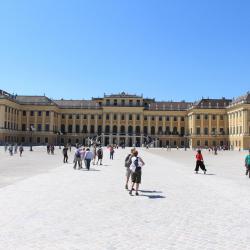 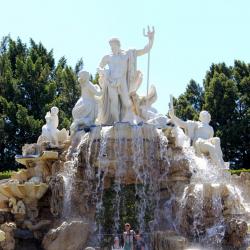 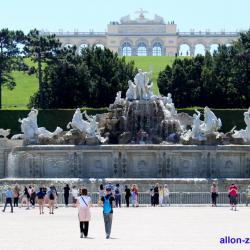 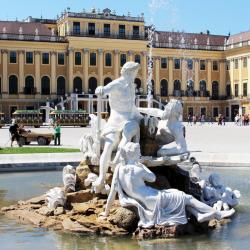 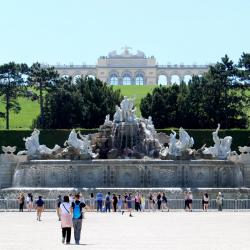 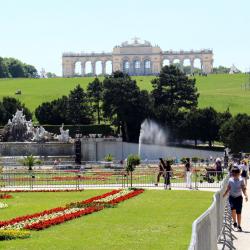 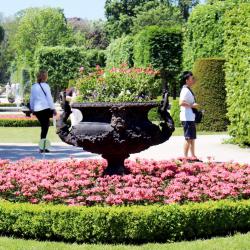 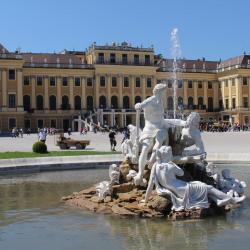 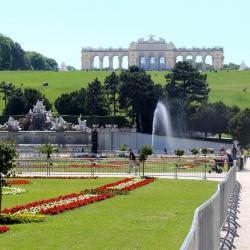 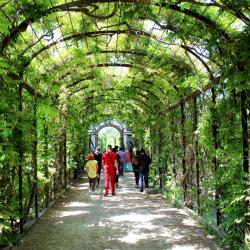