The abbey of Hautecombe was built in the 12th century on the shores of Lake Bourget on the mountainside, almost opposite the town of Aix-les-Bains.
Hautecombe is a beautiful place on several points.
Firstly, on the shores of Lake Bourget, Hautecombe is perfectly integrated into an exceptional landscape on the wild side of the lake.
Then the history of Hautecombe is rich because the abbey was chosen by the family of the Counts, Kings and Queens of Savoy as a place of burial. For information the last King of Italy Umberto II was buried here in Hautecombe in 1983 and his wife Marie-Josée in 2001.
Hautecombe was also marked by major events such as the French Revolution where it was abandoned several decades, then periods of renovation from 1824.
The poet Lamartine also came to seek inspiration in this exceptional place.
Finally, as far as art is concerned, visiting the abbey allows you to discover many works of art such as paintings, statues, sarcophagi, and the architecture of the church.
The tour is done with an audio guide if you wish.
To access the abbey of Hautecombe, you can use the road. We advise you on the mountain side and stop for a few minutes at the lookout point of Ontex where you can discover the whole area with an overview. From the belvedere of Ontex the color of the water that surrounds the abbey is magnificent.
Alternatively you can use a shuttle from Aix les Bains and arrive at the port of the abbey. The port is beautiful. It has a Grande Batelière, where you can discover exhibitions.
It should be noted that the abbey of Hautecombe is managed by the religious community of Chemin-Neuf.
The abbey of Hautecombe is classified Historic Monument since 1875.

The abbey of Hautecombe is a place that we regularly visit. Both the interior of the church and the exteriors like the port, are magnificent to discover.
We also advise you to visit Hautecombe during the Heritage Days because they open to the public buildings where terraces usually reserved for the private use of the occupants of the premises.
We would definitely recommend this place. 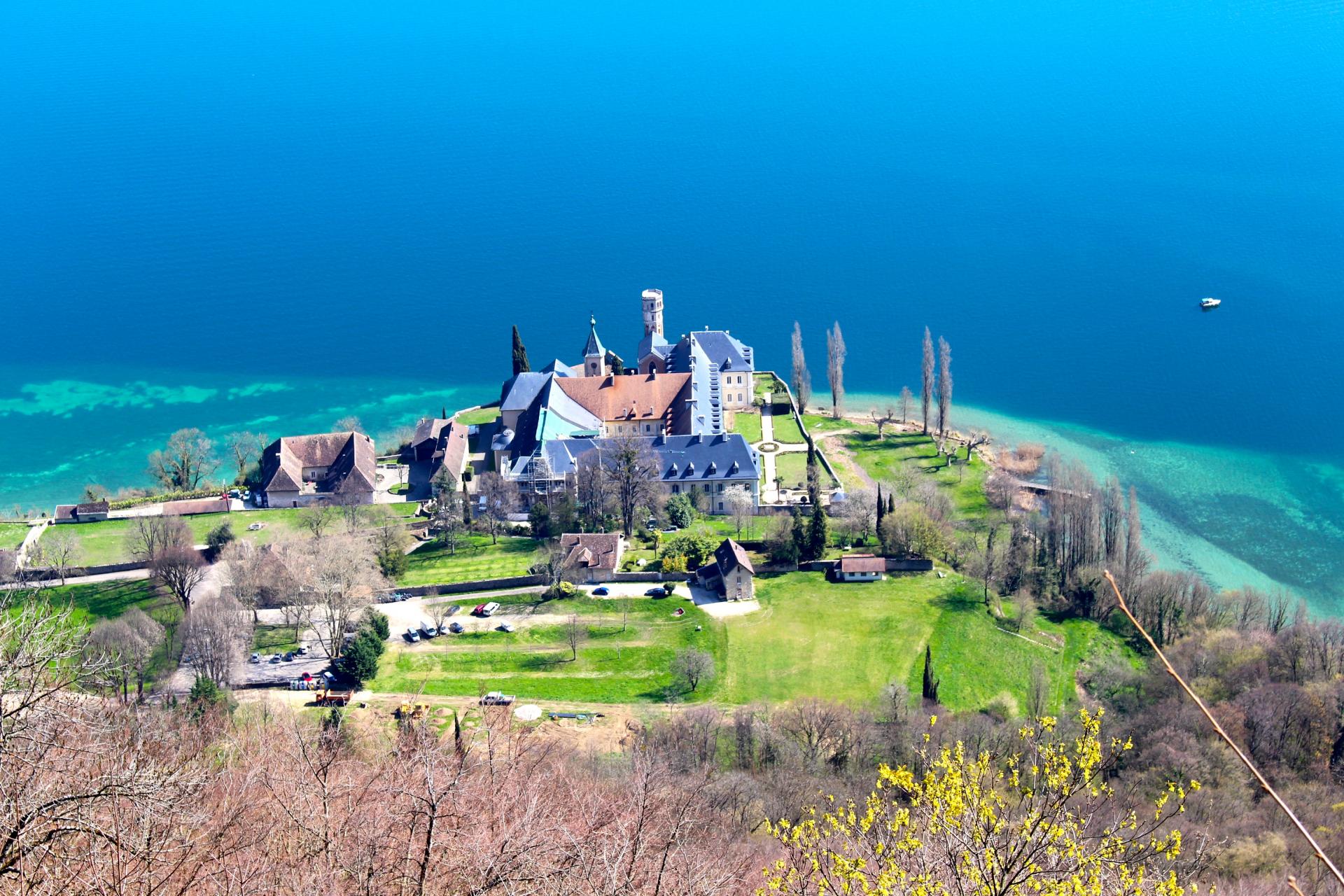 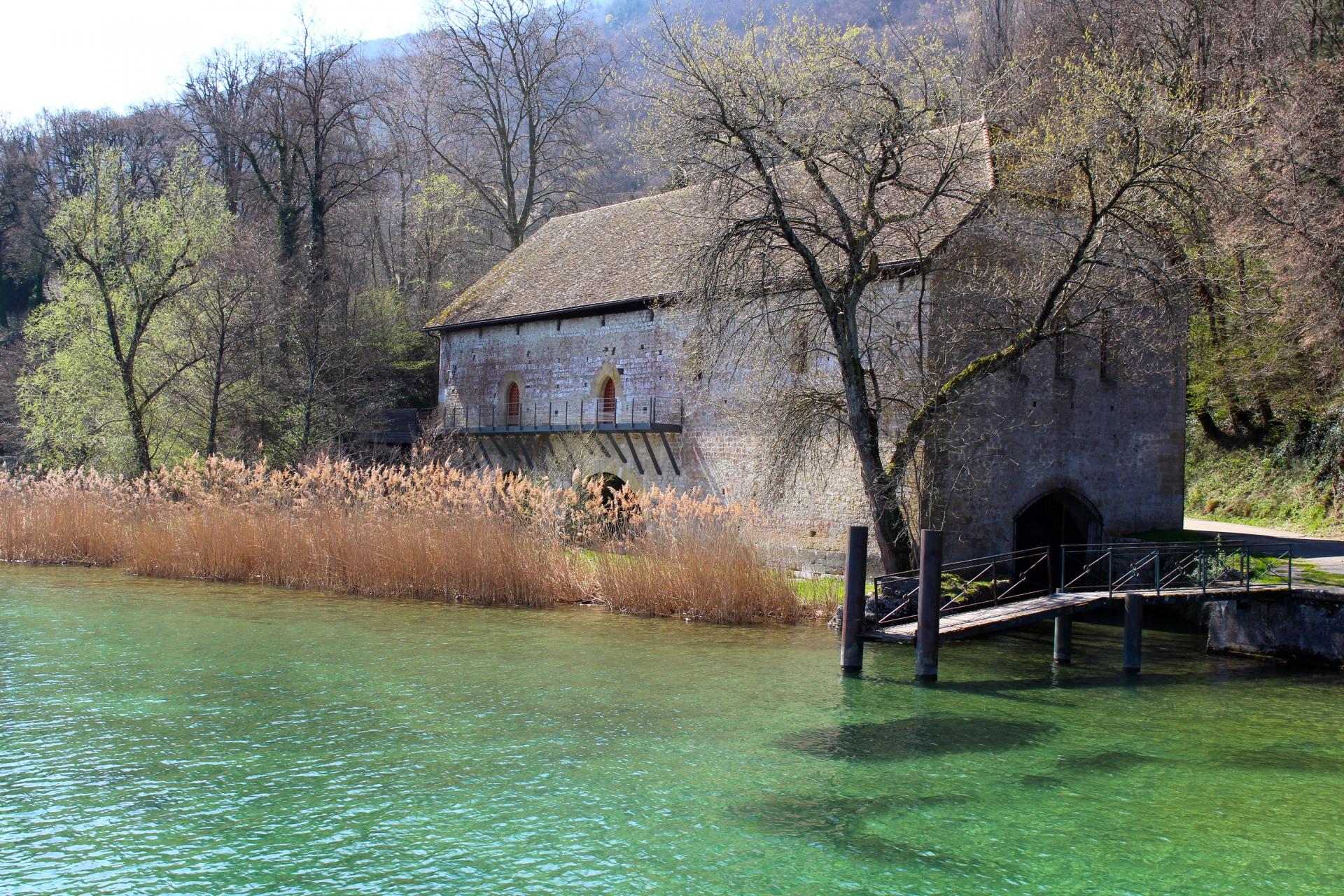 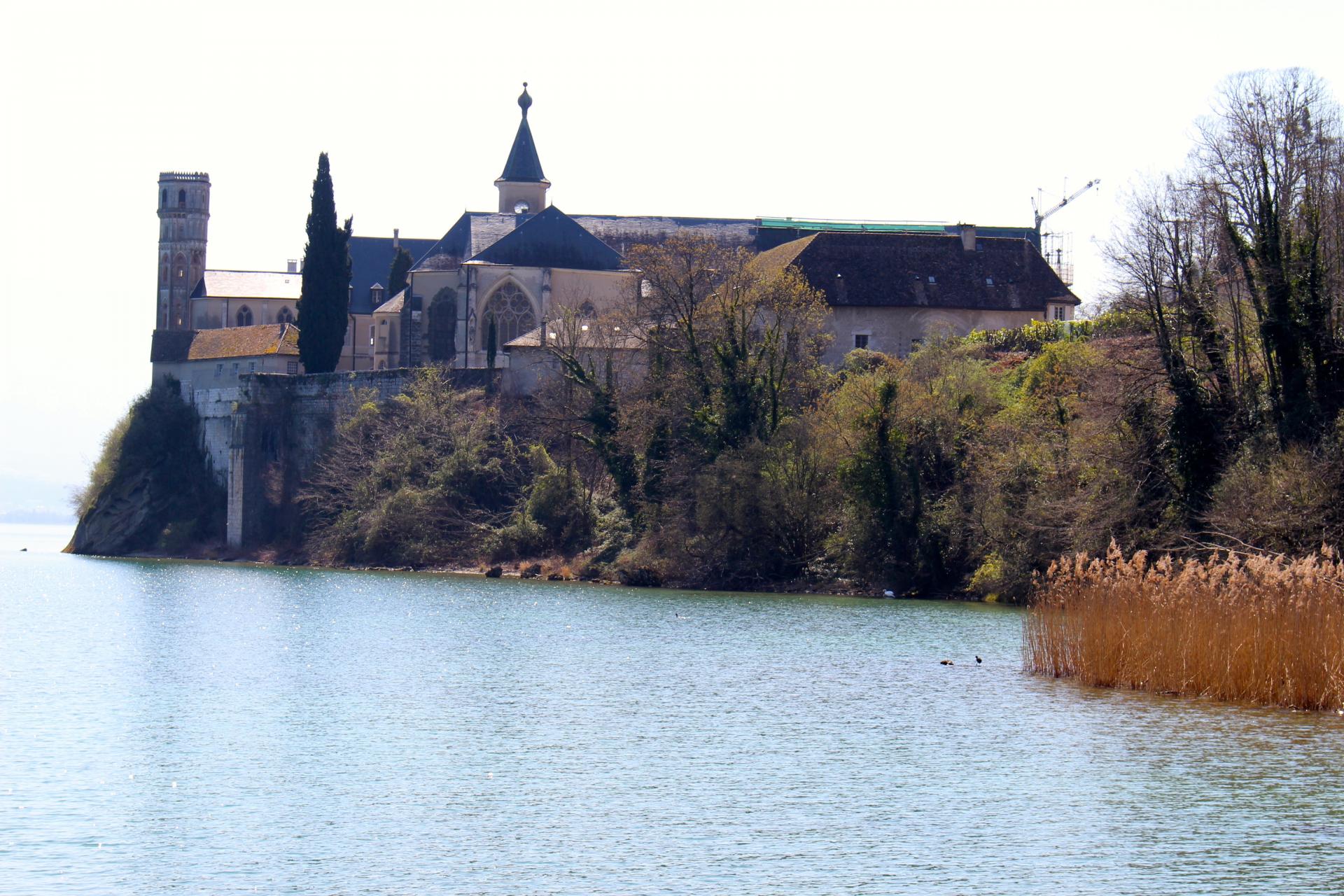 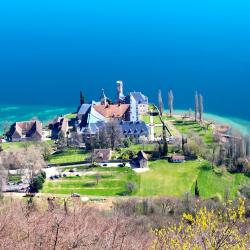 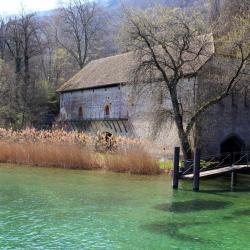 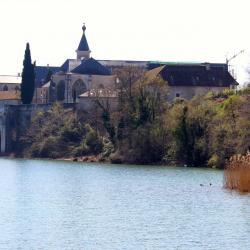